An Act of Congress and Ceiling Fans 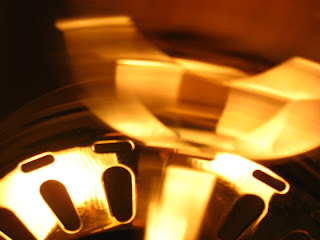 It doesn't take an act of Congress to choose a more efficient ceiling fan.
The kerfuffle in July about House opposition to new ceiling fan standards may have blown over. But when Congress returns from its recess, the Senate's version of the spending bill may offer an opportunity for lobbyists and lawmakers to fan the flames.


The Department of Energy's rule-making process is just beginning to consider the mandated six-year update to the 2007 rules that govern ceiling fans. The House bill seeks to block that process by defunding it. The public comment period for DOE's study phase closed in July, but we won't even have new rules to review until Q1 of 2015. These rules, if nothing stands in the way of updating them, won't take effect until 2019. There's really nothing concrete to protest yet, except progress.

There's good news for architects' and shoppers' information in the rulemaking: DOE is considering adding separate classes for hugger fans, internal-blade destratification fans like The Air Pear, and a highly-decorative type that is exempt from the current standard. New light kit types are also under consideration. Cost of purchase and of ownership are part of the study, along with the potential impact on national energy use, utility companies, and employment. You can get a nice summary of how DOE analyzes the market for its rulemaking in this presentation.

At the other end of all this analysis, we should get new, more up-to-date and flexible life-cycle-cost and payback-period information. I'm looking forward to being able to sort for fan type and find efficient hugger fans. So, when we go ceiling fan shopping in 2019, we'll be equipped to make even better-informed choices. For now, we have to settle for Energy Star's sortable data about the residential fans on the market today.

If you're in the ceiling fan industry or the light-kit industry, or if you're one of the millions of design professionals with a vested interest in energy efficient design, it's worth keeping an eye on the spending bill. You can also keep up with the DOE's studies by watching this space for developments. (And I think I just inspired myself to call my Senator.)

Photo Credit: "Golden Abstract ceiling fan" by Steve A. Johnson
Posted by Vivian Volz at 10:32 AM

You may comment with an online profile, your own URL, just your name, or anonymously. All comments are moderated.